Posted on December 13, 2011 by onlinewheatleys

On our way down to Adelaide, we tuned into the radio to catch up on the local vibe and what is happening in our land. Hot on the agenda was the recent release of the Murray/Darling management plan. It seems that no one was happy with the report’s outputs and the proposed flows released to the system. Everyone from environmentalists, farmers and councils along the rivers to Barnaby Joyce,  seemed upset over the plan to manage this incredible river system.

One thing our trip has highlighted is the vastness of this country. So when you are near Adelaide, listening to a Queensland senator discuss the Murray, it is a reminder of how big this system is and how important it is to the east of Australia.

Having neglected most of the Murray Darling Basin on this trip, visiting the Murray where it meets the sea, we felt, was as important as many of the other iconic Australian sights encountered so far.  After the Birthday events in Adelaide, we ventured down the Fleurieu Peninsula to spend a few days in towns around the Murray mouth and see what the Queensland cotton farmers are doing to this part of Australia.

First port of call was Goolwa, the town closest to the meeting point of the Murray, the Coorong, Lake Alexandrina and the sea. How noble it was to start our visit here. Alas, the real motivation was the fact that there was a market on. Kate, starved of such delights most of the trip, led us straight to the hustle and bustle of the local trade down at the wharfs.  Coffee, hot chocolates a a few good book stalls kept everyone happy while the bargain hunting began. 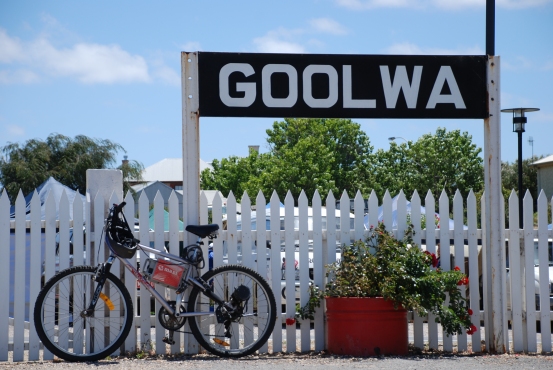 Goolwa. Town of the Murray Mouth 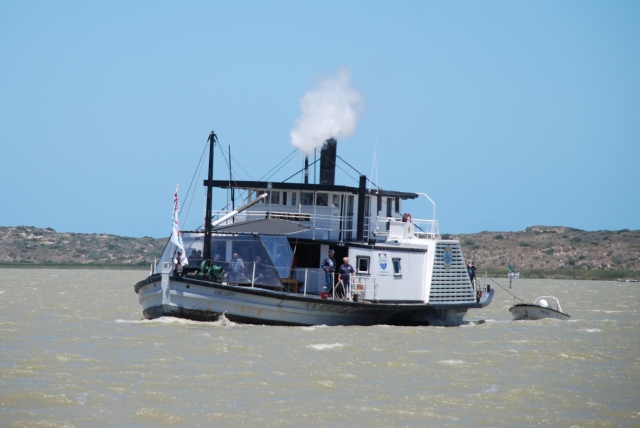 Watch the paddle steamers go past

and settle down with an HC while the Markets are explored by mum.

With markets explored on the banks of the Murray, we set off to explore the varied systems that come together near the sea.  Fortunately it seems that the rains and flows have been kind to the Murray system of late. Not that long ago, reports of environmental catastrophe around the ecosystems at the end of the Murray were common. The river itself, the Coorong, Lake Alexandrina and Lake Albert all suffering due to lack of flow and salinity. It is only in recent years that the Murray has been opened up to the sea again.

The debate has raged on continuously over Murray Darling water rights and management plans. It is not surprising to hear that it was one of the major issues debated before Federation and our constitution could be resolved over 100yrs ago. Also it seems, it is one of the last constitutional issues the High Court has not considered.

Murray Mouth. It's not that big, but it is open and water flows out.

The meeting of the Coorong and the Murray Mouth 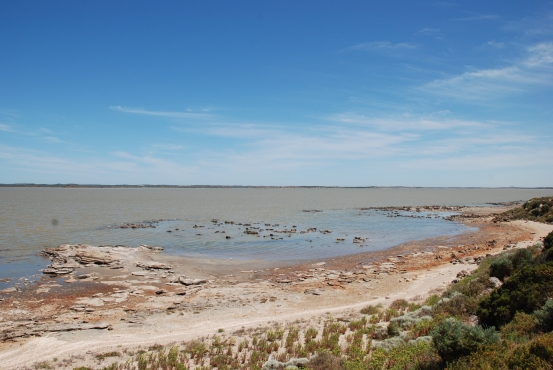 Then, at the Coorong, Will made us laugh. "Look," he said, "a pelican. Its beak can hold more than its belly can."

The other seaside towns in this part of the Fleurieu Pensinsula are laid back and……. South Australian! We stayed at Port Elliot, visited Victor Harbor and cycled along the foreshore paths to Middleton before our journey continued south to Mt Gambier.

Foreshore towns to be explored.

Finally, in many places we have witnessed wind farms, great renewable power generation harnessing  the interminable windiness of our coastlines. After leaving the Murray, on the road south, we travelled past the grandest of the lot. Too many to count. Very impressive. 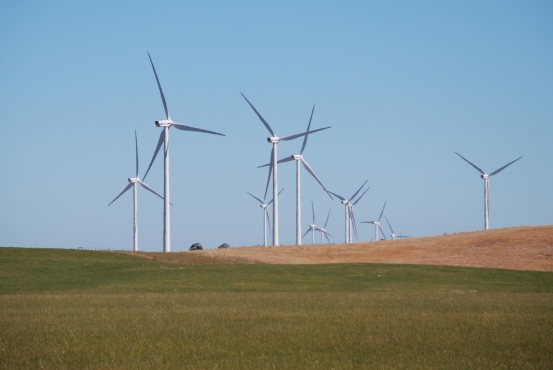 A reminder of man's ability to generate power!