Posted on December 23, 2014 by onlinewheatleys

Not usually featured in a top ten of Europe, we have decided here to give Wotton-Under-Edge a red-hot-go on the blog!

….but not before I digress and take you to Warwick Castle, at which we stopped on the way down from Liverpool.

This Norman Medieval icon originally built by William the Conqueror, is celebrating it’s 1100 anniversary – yes that’s right – it was in full operation for 856 years before anyone even thought of sending a scout to have a Captain Cook at Australia! It is beautifully preserved and so interactive. 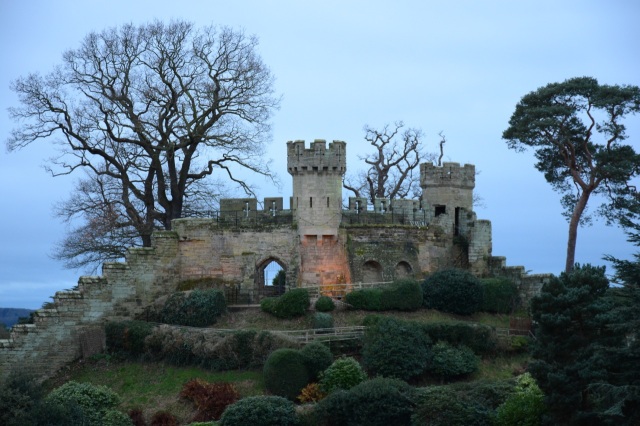 We played with huge heavy weapons in the Great Hall.

We explored the wax work imaginary life in the historic house. Ele loved the stories told of the Greville family  and their servants in the 17th Century and she and Will joined in several of the waxworks tableau just for a laugh. We explored the basement where the exhibition was of the blacksmiths, farriers, and those who prepared the royals for battle in medieval times. We were terrified by the newish dungeon interactive, where they told spooky tales of witches and the plague. 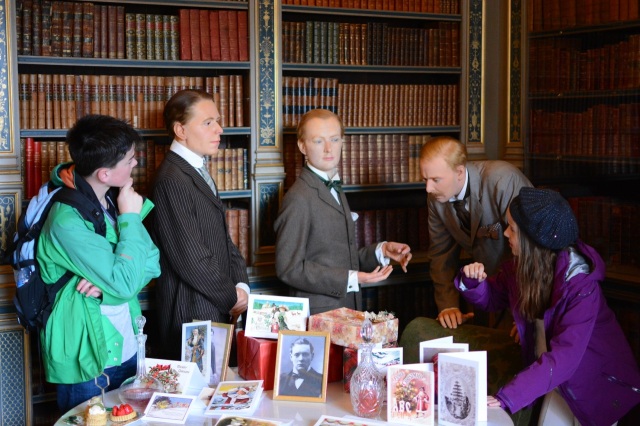 We walked the ramparts, saw a birds of prey show… and finally stopped in Warwick town to have an English afternoon tea and reflect on the day. 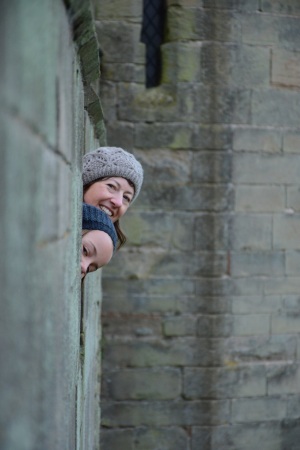 Then it was time to make our way to Wotton-Under-Edge. Renowned for quaint pubs, walking tracks with stiles and a sleepy feel, we spent the next few days recharging and exploring this little village.

The view from our place

Wotton-Under-Edge – on the high street on a grey day…

We detected quality immediately when the Royal Oak was booked out on a Wednesday evening and we had to relocate to The Falcon for our first English pub meal. The next morning, we jogged straight up the hill (that Wotton is under) and enjoyed gorgeous views of sheep, rolling paddocks and thatched roofs in the surrounding area.

An evening of unfamiliar board games put us even more in the picture – we played “Up a Bit” a kind of “pictionary without looking game”, which frustrated the heck out of the perfectionists in this family… and then to cap off the evening, “Best of the British” trivia. Spike and Kate were soundly trounced due to their lack of knowledge about horse breeds and Wellington boots. 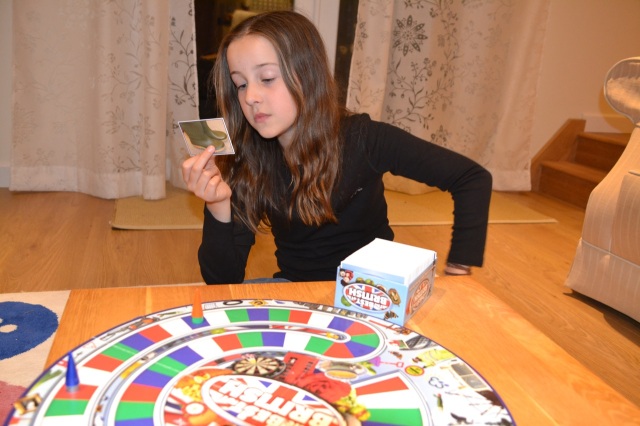 And your topic is….Wellington boots…..???

The first clear, sunny day of our trip saw us pulling on the walking shoes again and hiking back up the hill. This time, we walked for several hours around the Hamlet of Combe and round about the Cotwolds Way, enjoying bridle trails, babbling brooks, wicket gates and plenty of mud and cows.

Along the leafy track…

And down the hill…

An afternoon sojourn to the much larger city of Cheltenham to catch up on the almost non existent Christmas shopping, shocked us into the reality of the season. After 3 restful days and thankful for lovely hospitality and a quiet time in the country it was time to drive down to the big smoke.