Posted on January 1, 2015 by onlinewheatleys

WARNING: THIS IS A VERY LONG POST. GOOD LUCK!

What do think of when someone says ” London “?

Do you think of….

c) The Queen and Buckingham Palace

If you chose any of the above, you would be correct!

After finally arriving in London, unpacking, dropping off the car, and eating, it was already dark. But, you are forgetting that in Europe, it gets dark at 3:00 in the afternoon. So we had plenty of time to wander around the streets of this thriving city.

The 4wheatleys paraded through Piccadilly, wandered down Whitehall and finally raced to Regent. Now, in the middle of Regent Street, there is a toy shop. This toy shop is no ordinary toy shop. This toy shop is called Hamleys. It is a 5 storey, jam packed, heaving place with every type of monopoly you could ever play, concealed within it’s walls. It has over 35 staff members demonstrating all the toys, games and gadgets you could purchase (best job ever!!!) and a whole floor devoted to soft toys. ( not including the beanie boos!) After spending 1 hour at Hamleys (and only buying 4 things in the rush and push of Christmas shopping) we decided it was all we could handle and rushed onto the tube and raced home.

Deciding that our apartment was not equipped with a very Christmassy feel, we really branched out and purchased a full on 1 metre high real fir Christmas tree. And, after an hour of full on decorating and sorting out lights, it was time to go. 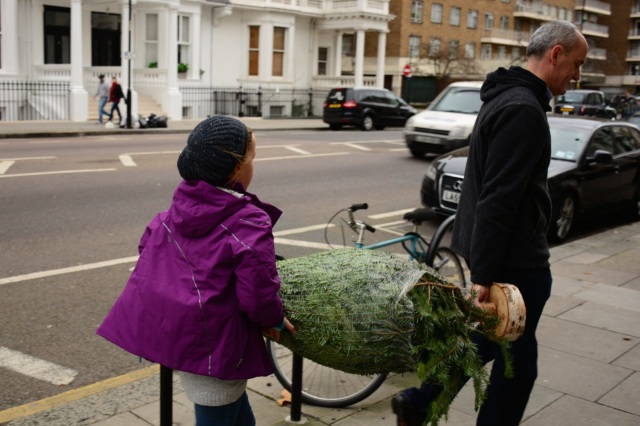 Just doing a bit of a workout. Nothing to look at!

We arrived at 2:00 at London Bridge station. As soon as we turned the corner, we knew we were in the right place – we could see some clear HP fans huddling together and a very enthusiastic woman who had a red and yellow striped scarf hanging from her handbag and circular black rimmed glasses. As you might of guessed by now, we were about to commence a Harry Potter Muggle walking tour. Not being the biggest HP fan myself, I had no expectations whatsoever. I was proved wrong. Sophie McGonagall ( our tour guide ) guided us through the centre of London and pointed out various spots and told us about their relationship with the movies and J.K Rowling  ( if they had any ). She also told us some fun facts about the auditions and making of the films. 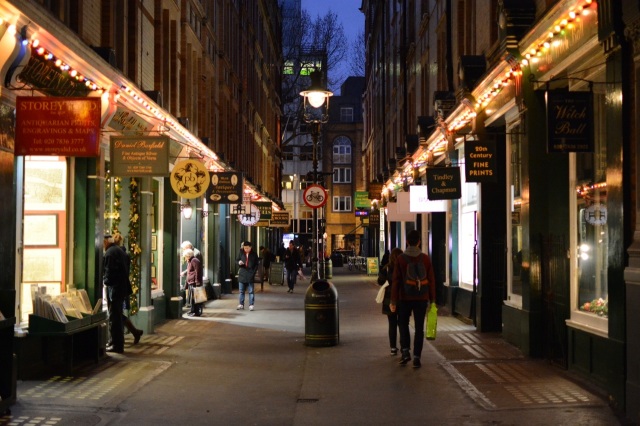 At night we felt very tired after a long afternoon of walking. We just so happened to have finished right near a church which was holding a carol service. Now this was no ordinary carol service. This was St Martins-in-the-Fields annual Christmas carol service. And what a carol service it was. It was like the angels had come down from heaven just for that service and Mum said that the organ at the end of Oh Come All Ye Faithful was the best organ she’s ever  heard. That is high praise coming from someone who has heard a LOT of organ. At the end of the carol service we headed home and crashed into bed.

WOOHOO! Will yelled as the cart twisted around suddenly and swooped down the big dip. I screamed as loud as I could to Mum, who was standing on the ground looking up at us, taking photos of the ICE MOUNTAIN Rollercoaster. Then, we were submerged in pitch black, as the wooden cart raced around all the twists and curves of this dark and spooky ride. Finally, after one more sudden turn, we were spat back out into the daylight, still spinning around. This is Winter Wonderland. London’s version of Luna Park, except it’s fully winter themed and only happens every Winter. It was REALLY COOL!!!! 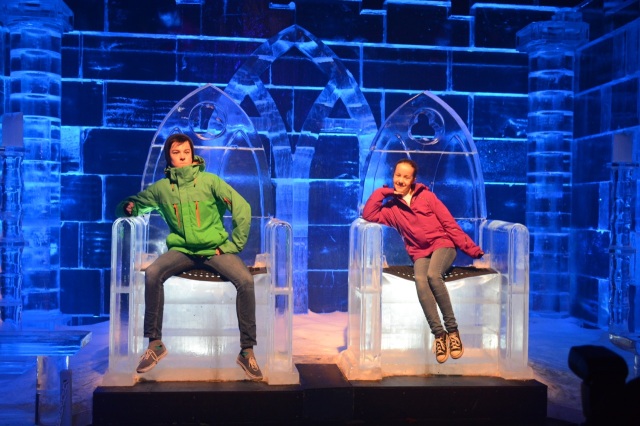 King and Queen of Icelmania.

Mirror, Mirror on the wall… 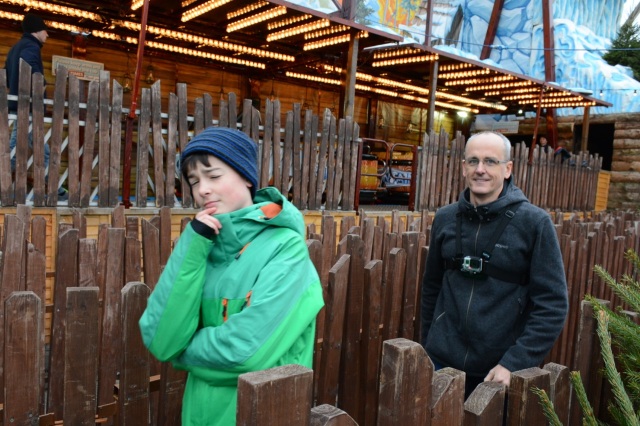 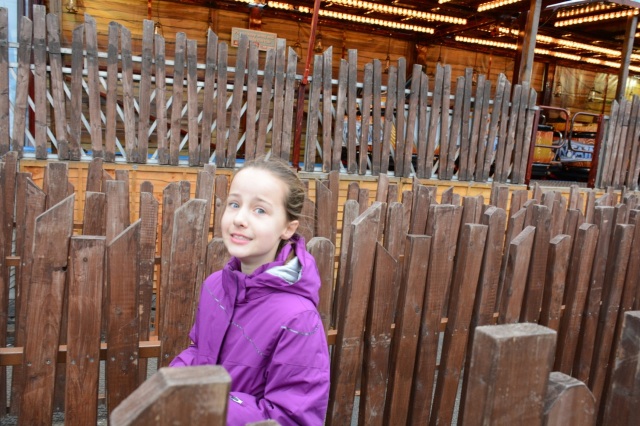 Well, how was it? 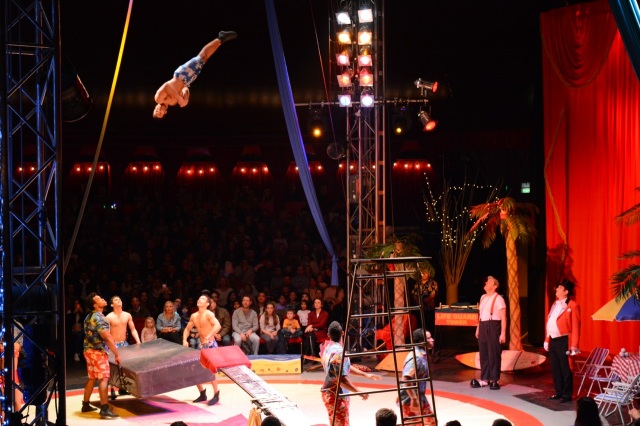 We then took the Tube to Covent Garden and spent the next 45 min shopping for presents.

Nearly all of the things on our to-do list were ticked off. But one VERY important icon remained. Who could forget the Tower of London? So of we went, rattling through the underground and hurtling through the streets of central London in order to arrive in time for a tour. These tours are very special. They are not run by your average tour guide, who spends the whole time talking in a quiet, drab voice so that nobody can hear them because they don’t have anything interesting to say. The tours here at the Tower of London, are run by Yeoman Warders, who are Sergeant Majors in the British army that have had more than 22 years of service. Our tour guide was a pilot in the British air force and was super enthusiastic. After the tour we all had a look at the Crown Jewels. In one of the sceptres or crowns there was the largest uncut diamond in the world, but we couldn’t tell because all of the diamonds looked very cut and extremely large!

EVERYONE gets a personal guard, don’t they? 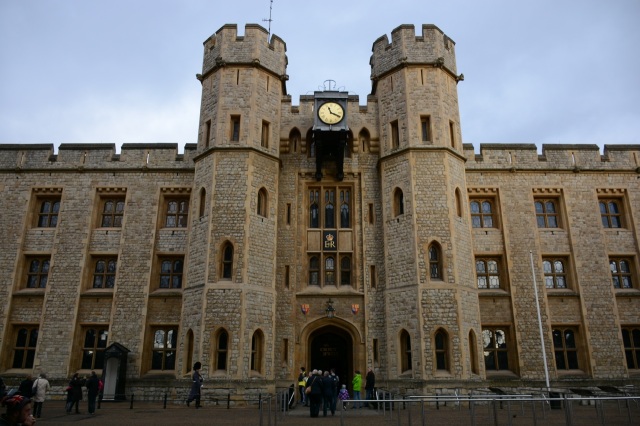 Me and Sergeant Major…. Steve?

Yet another thing that wasn’t ticked off on our to-do list was Shakespeare’s Globe Theatre. But this one wasn’t the original of course. That one was burned down by a cannon that was fired in one of the plays they put on. But they managed to build an almost exact replica just 3 min walk away from the original site.

While Mum finished off some last minute Christmas shopping, Dad, Will and I, took the opportunity to walk through Green park and to Buckingham Palace. The park was absolutely beautiful and we really got to get up close to the wildlife. ( Squirrels and swans.)

At Buckingham Palace, Dad and I waited to see the Changing of the Guard while Will took some photos. We never got to see the changing of the guard, but we did wait enough to see the guards marching in. We didn’t really stick around for all that time that they were fluffing around inside where only 3 people who had got there 4 hours before could actually see them. Dad, Will and I then dawdled up to see Piccadilly ( beautiful!) and Kings Cross Station. We didn’t line up to have a our photo taken with the trolley from HP, but we did just sneakily take it from the side. You’ll just have to imagine us with a Hogwarts scarf standing there holding it.

When us three tired travellers finally crashed through the door, Mum and I went straight into making some delicious Christmas gingerbread that we all thoroughly enjoyed. 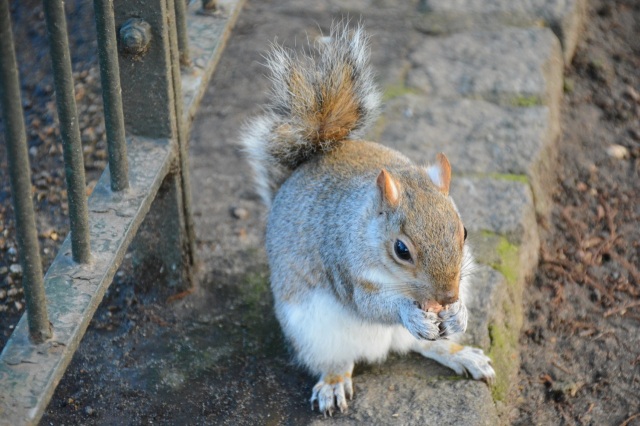 The statue that seems to be everywhere.

Lots of marching you’re doing there!

I think I ate more batter than actual biscuits. 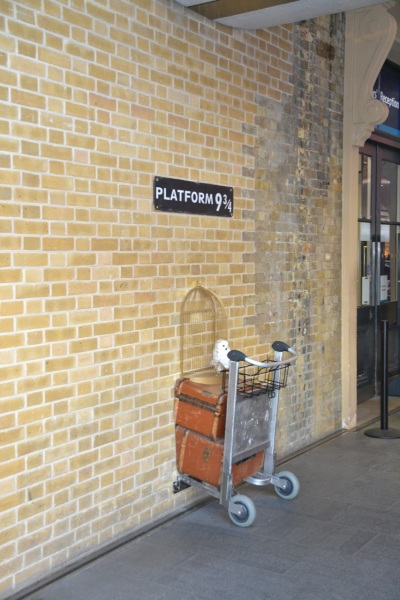 Christmas Day!  Please wait for the next picture post.

We woke up late on Boxing Day and surfed the tube to Westminster Abbey. Grabbing our audio guides, we walked through the church. Westminster Abbey is not your average church. It has the graves of many famous writers, poets, scientists, actors, royals and every other famous person you could guess is buried in that church, except Taylor Swift (who is not dead yet of course…)

As we wandered through this church, we really began to notice how much the kings and queens of olden day times really loved themselves. They had built extravagant tombs and memorials for their wives and sons and even themselves. There was a room dedicated to Queen Elizabeth I and there was one for Mary Queen of Scots. 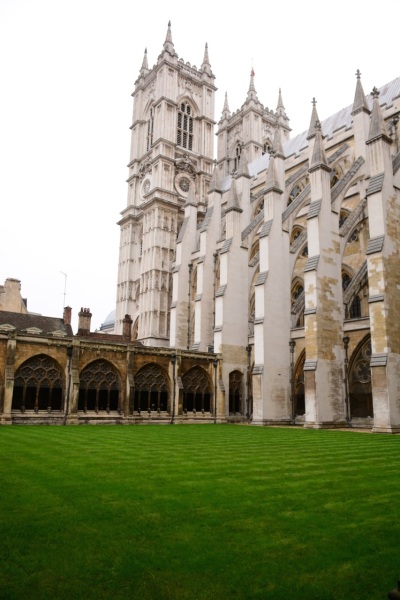 The only area where there is not a NO PHOTOS sign.

At night we enjoyed the full West End experience by going to see a musical called Matilda (Thank you Marnie!). All of us loved it and left the theatre wishing we could see it all over again, but some of us did get a bit scared when Miss Trunchbull got angry and the lasers shot out of the roof!

After the boys went to Lord’s, we met them outside the entrance to the Cabinet War Rooms. The war rooms were fantastic. Churchill’s War Rooms is an underground series of Rooms where Winston Churchill and his helpers made all the decisions about World War II. There were meeting rooms, bedrooms, telephone rooms and map rooms (Dad’s favourite!). At the end of the war, they turned out the lights and went home. Now 60 years later, we still get to experience what it was like in the war. 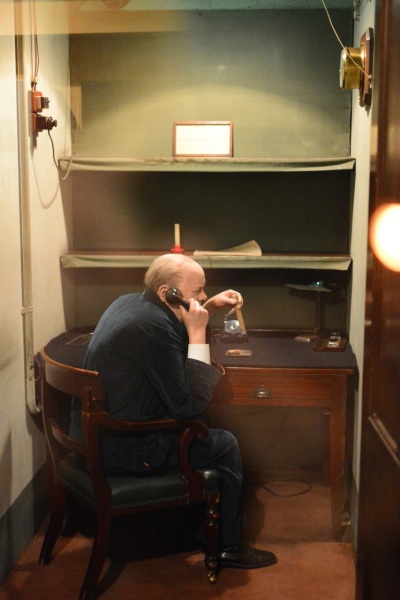 After that, Mum and I made a desperate dash in a London taxi to St Paul’s cathedral half an hour before closing time. We visited the Whispering Gallery, an amazing round dome on top of the cathedral. If you whisper into the wall on one side, the person on the other side can hear you. Mum and I tested this out and found it to be correct!

We then walked up several hundred steps to nearly reach Dumbledore’s astronomy tower. Instead it was a small balcony with a view across the whole of London – just as good! 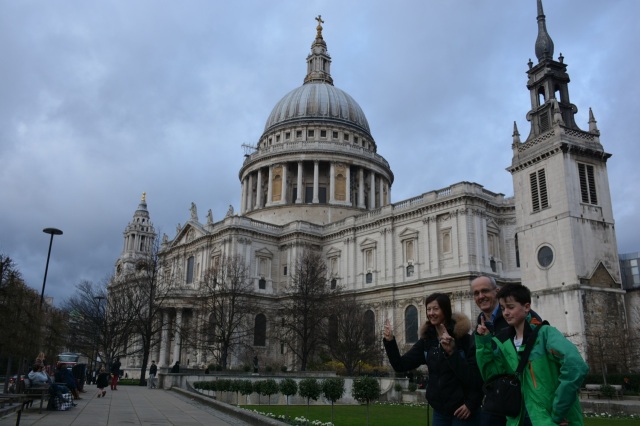 Look at that Dome! 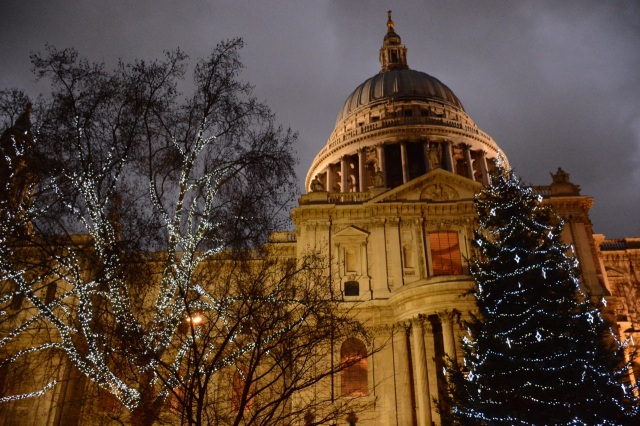 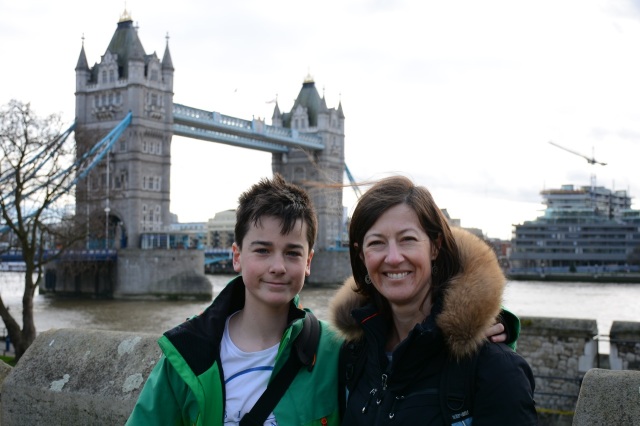 Thank you and Goooood Night!

Thank you so much for persevering with your reading – if you did. London was fabulous, probably one of my favourite spots on the trip.

This entry was posted in Ele. Bookmark the permalink.