A Walk in the Forest

Posted on November 12, 2011 by onlinewheatleys

We have been up north, out back and chilling on coral coasts for so long now that even Perth seemed to be teeming with greenery. Margaret River and our Cape to Cape explorations began to reacquaint us with the concept of lush verdant bush.  Apart from the many vines that inhabit the area, much of the focus of the south west is on the forest and with our vision for the trip to experience the diversity of Australia, checking out the bush was definitely another notch on the belt.

So we, from the eastcoast-know-all-about-large-eucalypt-bush set, embarked on an excursion around the forests. We had a bit of time to fill in between social engagements and some bush was going to be good to reconnect with our temperate lifestyle. 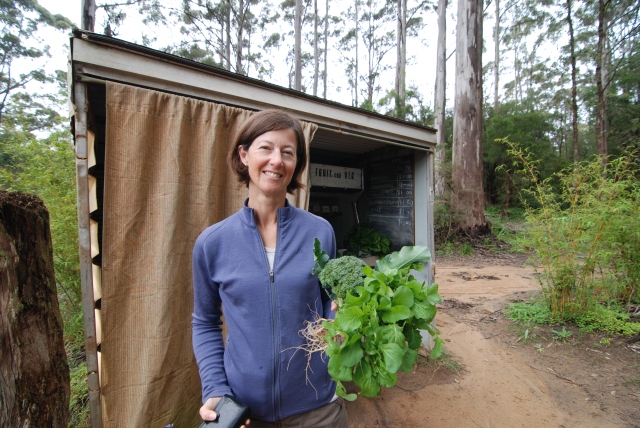 The joys of rainfall and soil.

The astonishing discovery was that the trees down here are really really large. The forests are on a scale of grandness way beyond your typical Blue Mountains bush. Terms like Valley of the Giants, King Jarrah, Forest Giants Drive, etc abound and are accurate. Even the highways do little chicanes around massive Karri trees left beside the roads.

Jarrah, Tingle and Karri trees make up the forests. The Karri, most abundant and most impressive tower straight up from the ground looking like giant broccolini. I would dearly have loved to have walked the forests before logging started but even now the scale and extent remains impressive.

The most famous of the trees are the ones used as fire watch towers. Dotted through the forests these trees have watch towers with precarious “stairs” built up to platforms. We personally believe it was just an excuse for adults to create and legitimise giant tree cubby houses. At least they now can be enjoyed by the masses. 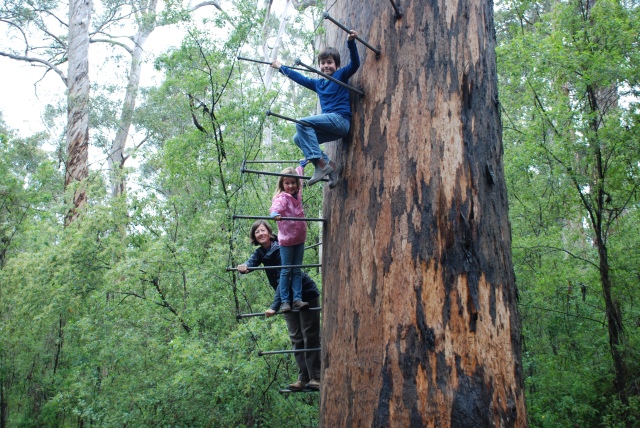 Rain in the forest is at least a natural combination, holding a bit of charm. This gave some character to our excursions and along the way we checked out the famed Beedelup Falls with its suspension bridge. Much was proclaimed about the falls. I would describe them as quaint!

The King Jarrah was visited. Jarrah is not as tall as the Karri but definitely impressive. Logged very heavily, so we can all have lovely floors in our federation (and post) houses, there are few grand ones that remain. Old enough for two bicentennials to be celebrated in Australia and fat enough to get some exercise running around.

One benefit we discovered was the beautiful camping to be had amongst the trees. .  Staying at Arboretum, near Pemberton’s Big Brook Dam we enjoyed the natural beauty at the other “bookend” to, say, Cape Range.  It was a delight to sit around the campfire in the forest and soak up the forest vibe. Arboretum was an experiment by WA forestry back in the 20’s and 30’s where exotic forest trees were planted to see how they would grow in the Pemberton area. Mixed among the Karris were some impressive Sequoia trees, famed in California’s forests. 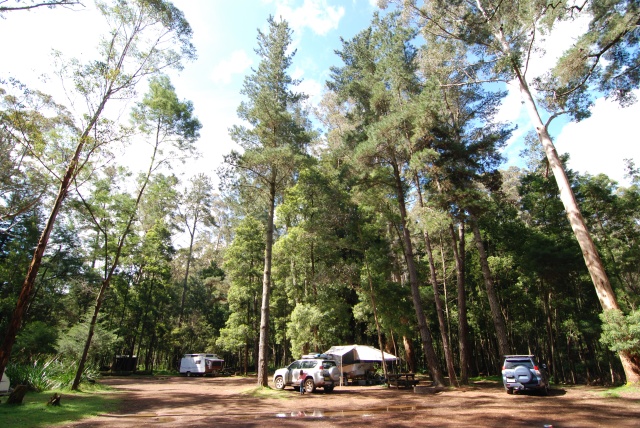 Finally a shady spot to camp !

An afternoon circumnavigation of Big Brook Dam was easily conquered, even without the reward of a swim at the end. 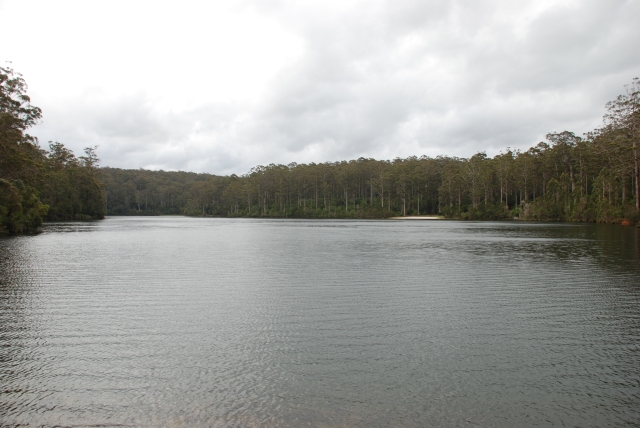 Down Walpole way, in a defined area between Deep River and Bow River, is the Tingle forest. We tackled the Tree Top Walk through the Tingles via a wobbly walkway that ascends into the canopies reaching 40m above ground (11 storey office tower). No wonder the brochures say “open every day subject to weather conditions”. Maybe it is designed to sway like branches in the wind.

Ascending into the trees. 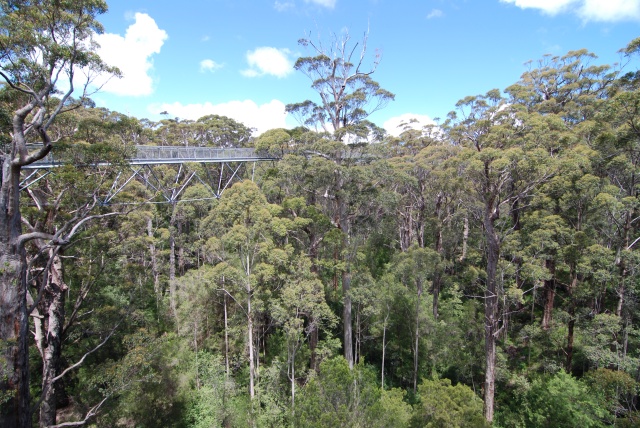 And, naturally, the Karri forests satisfied our recent status of “bird nerds”.  The chase for birdlife endemic to the forests took hold, with confirmed sightings of the Red Winged and Splendid Fairywrens.  So I will end with a few shots for fellow bird nerds. 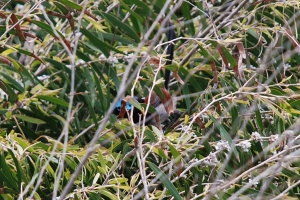 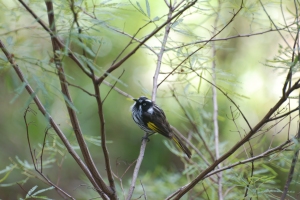 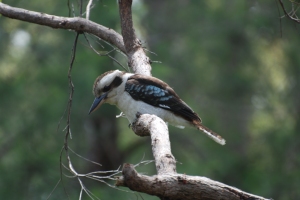 1 Response to A Walk in the Forest