Posted on October 16, 2011 by onlinewheatleys

Ya’know, I think Karijini (ka-ri-JEE-nee) was named and discovered by  Karen and her Genie. Karijini is in the Pilbara, in the middle west of WA. There were gorges (again). And places that you went for walks on (like everyplace we’ve been to).

Karijini  is a national park and therefore all the living stuff in it is protected. There is so much spinifex grass that I think the spinifex are plotting to take over the world, allying themselves with all the red dust, starting with Karijini.

Dales gorge was the first gorge we went to at Karijini.

Fortescue Falls in Dales Gorge...all to ourselves!

Not much further, a walk away, from Fortescue Falls was the Fern pool. Much better for swimming than the Falls.

The boy and his bird. The bird and his boy. Which ever you want.

Pied Comorants are one of my favourite birds. It was amazing to get up so close to one.

We also walked in another gorge called Weano. The walk was more interesting. We had to wade through water,  jump from rock to rock across the streams, walk through really narrow passages and climb down walls to get to the Handrail Pool.   The Handrail Pool was “geniously” named because you had to hang on to a rail to descend on a steep surface. 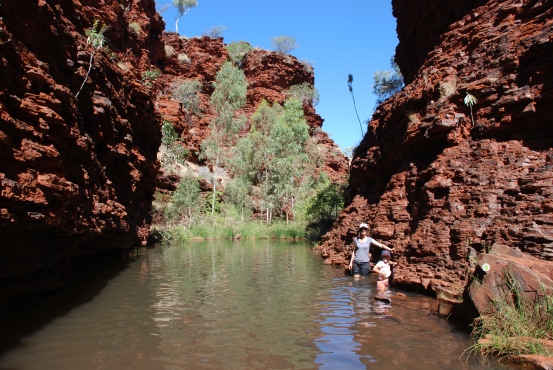 Walking on water - I mean, wading through water 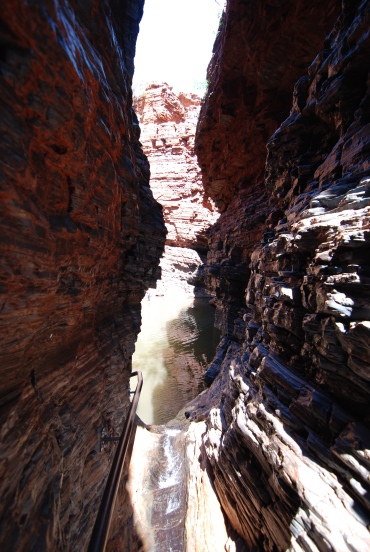 Decsending down into the Handrail Pool.

We spent afternoons having drinks, going to lookouts and me, carving. One afternoon a massive Willy-Willy formed and ripped through the campsite. It crossed through our campsite but Jake withheld and there was no damage done, but some other people were not so lucky and it blew over their whole tent. Mum and Dad had to go help them set back up. 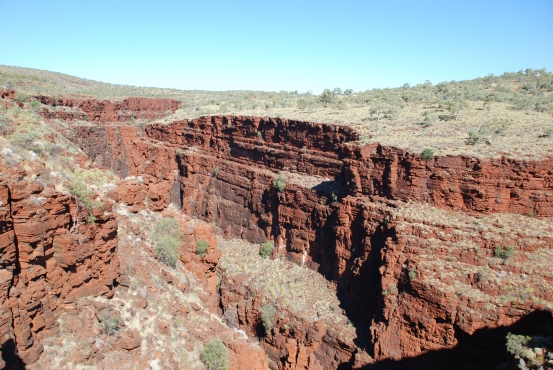 There were lots of other things we did in Karijini like, making nunchucks, (tune into axo1000’s say #3) walking, sitting, talking and playing cards. They were all a good pastime. See’ya!

And no I didn’t forget the