The Travel to the Cold Ghost (Gold Coast)

Posted on July 7, 2011 by onlinewheatleys

Today, we are traveling to the cold ghost Gold Coast(what an awesome name) where we will be going to da worlds.

We started with a luurvley bike ride along the river at Stanthorpe before we set off. 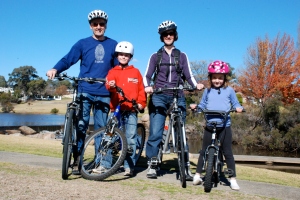 We stopped (after the bike ride and and a bit of a drive) at Warwick  for some food (the service was waaaaaaay too slow)It was rather nice(I could have made a better hot chocolate at home) and the chips were good .

We travelled along the Cunningham highway and we are going so fast at the speed of… zero mph yep. There were roadworks. But luckily, we have a nifty device that let’s us listen in on other people’s conversations if there using a walky-talky. Ah one guy stuck in traffic with us thinks the road workers should be selling coffee.

I just saw another tractor !  How sick are tractors.

Today I was reading my top gear magazine in the car (the one with the 2 really cool ford interceptors on it’s cover).

I was looking at an article with 7 Chinese men with sledgehammers in Blue tracksuits smashing up a Lamborghini Gallardo . The sub-title was: Unhappy with Lamborghini’s customer service . Chinese owner hires sledgehammer assassins to destroy his gallardo in protest. What an idiot of a guy!

4 Responses to The Travel to the Cold Ghost (Gold Coast)