Posted on December 30, 2011 by onlinewheatleys

Tasmania. Our last state. Also ours to enjoy with friends! It all started when we, after a dinner with our friends, departed on the words; “See you in Tazzy!” None of us believed it was actually going to happen until at Coral Bay we got a call from the Bolgers saying, “Do you want to meet in Tasmania?” And in Perth, I was Skyping my friend Zac and all of a sudden we were seeing him too!

There was a massive queue to the ferry and we had to wait, like, 45 mins to get on.

We were thrilled to discover that the Loofs, Zac, Oscar, Jean-Jacques and Hermione, were only 2 cabins away, but the Bolgers were virtually on the other side of the ferry. It was fun sharing our excitement  with our best friends and looking in each other’s cabins.

We had dinner with each other at the “Captains Table”, which had a very shippy-at sea- aarrgggghh me’hearties! kind of taste. It was steak, potatoes and vegies. Xav and I had some ginger beer that tasted suspiciously alcoholic…… which made it a whole lot better anyway. Kung-Fu Panda 2 was on, which I, unfortunately, had never got the chance to see. We sat down and turned our eyes square for a bit in front of a small-big screen (with a bonus 2 tv’s – 1 on each side). After the movie finished, we went to have a look at the outside deck. It was wet and spraying but we had a lot of fun staring out into the black, rainy night. 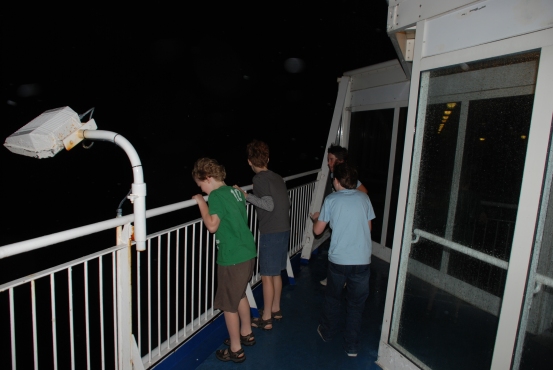 Out on the deck. From right to left; Zac, Oscar, Xav and behind him, Me

At last it was time to get some rest and so we all parted and went into our various cabins.

Our quarters were very cosy and snug and I possibly had the best sleep of my life. 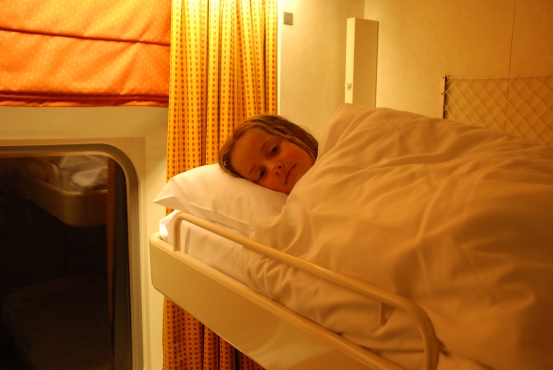 I woke the next morning and looked out the porthole to see, settled there in the misty fog, Devonport, Tasmania.

We now had to go through the Quarantine and get checked for fruit and all that stuff. We now were to go to the “Treetop Adventures” where you soared down a massive flying-fox. It was so so so sooooooooooo FUN!!!!! 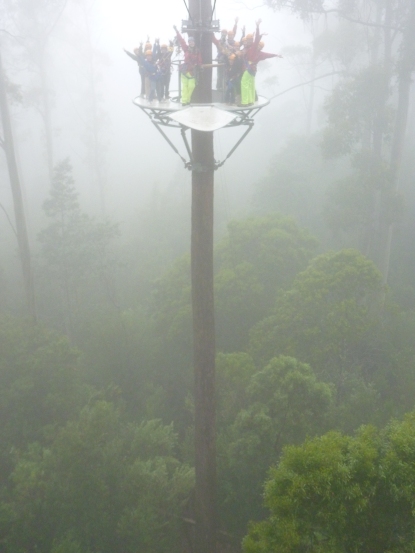 High above the trees in a cloud station

We weighed ourselves first. People over 40 kilograms were solo flyers…HOORAY! But under 40 you had to go with a Parent. 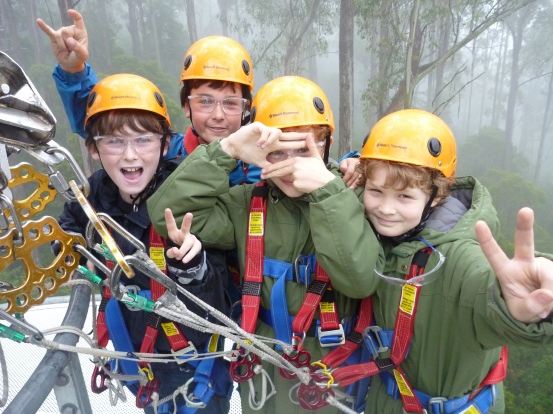 We practised first on a mini cable outside and then walked out to the big set. 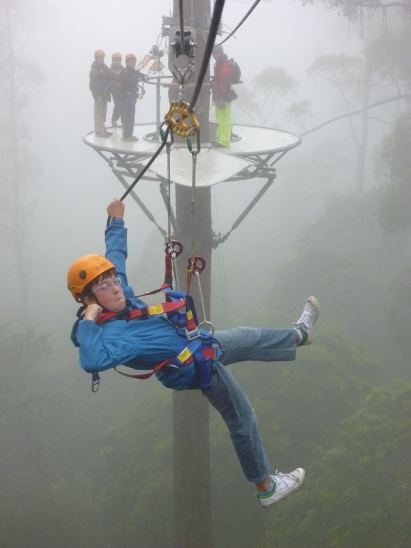 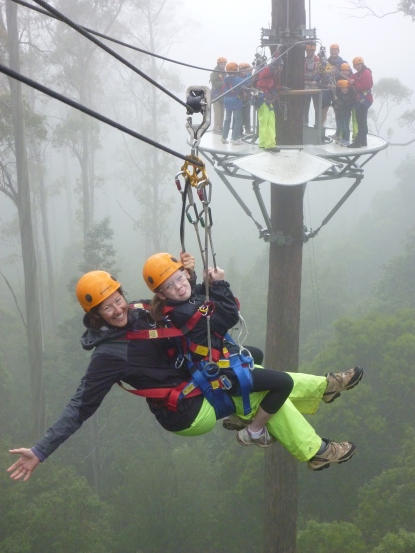 The 3 biggest runs were called Papa bear, Mama Bear,and baby bear. The last run was called Goldilocks. Jean-Jacques went so fast on the biggest run that we figured he got up to 90 kmph. He was the ultimate cannonball!

We then went our own ways as the Bolgers and us set of for Akaroa.

5 Responses to Crossing the Strait and Flying Fox Fiesta